Coming Together for the Greater Good: Mathambo Cattle Business Centre 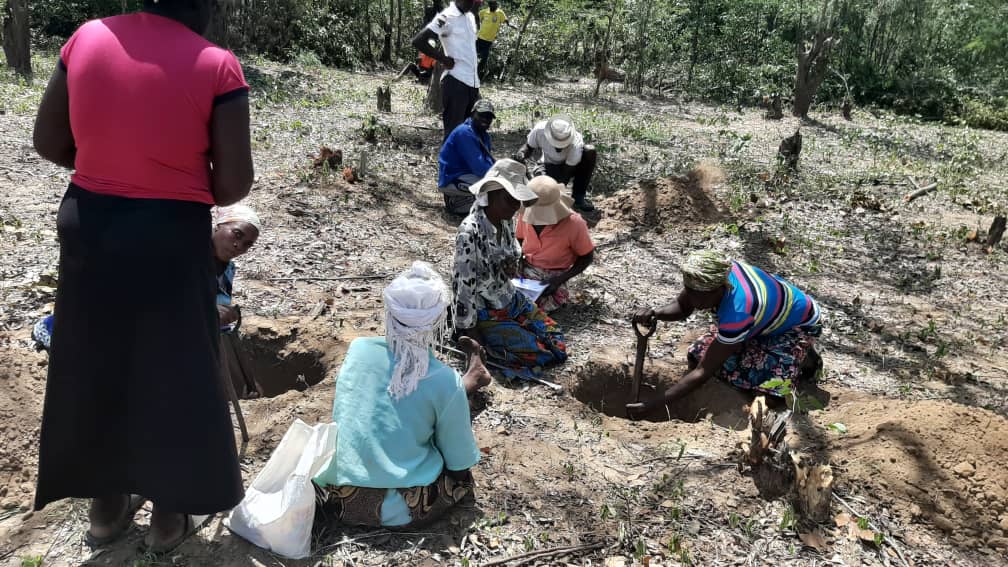 Site works at Mathambo CBC. The community has been actively participating through contributing labour and locally available resources.

Lupane district is located in Matabeleland North province, which falls under Agro-Ecological Regions 4 and 5, characterised by low rainfall ranging from 300mm – 600mm annually. As a result, Lupane experiences frequent dry conditions. It also borders Hwange National Park, the largest game park in Zimbabwe, where cattle-buffalo interactions can expose animals to diseases like Foot and Mouth. Pastures are scarce for almost eight months of the year. Despite the limited access to grazing, Lupane has one of the best herds of cattle in Zimbabwe, a carryover from cattle ranching operations that were the dominant economic activity in the area in the past.

Cattle farmers in southern Lupane district are faced with very few, poorly maintained cattle marketing facilities. As a result, there has been limited interaction with the formal buyers as farmers have not been involved actively in structured marketing of cattle. This has partly contributed to the low incomes being received by the beef producers as they are forced to deal with middlemen. Limited access to cattle marketing infrastructure has limited the exposure of the beef producers to private sector players, and built resistance to formal local and national government initiatives, resulting in low community participation.

The BEST project has successfully brought together the local community, Outback Safaris (the main private sector player), local and national government stakeholders to initiate the construction of the Mathambo Cattle Business Centre (CBC).

Lupane has an uneven distribution of cattle marketing infrastructure with previous projects concentrating primarily in the northern and eastern sides of the district.

With the advent of the BEST project, the southern part of Lupane is also benefitting from the establishment of cattle marketing infrastructure which will improve access to markets and ultimately improve the incomes of local beef producers.

The high level of coordination has seen the community participating from the start and being actively involved in the project, through contributing labour and locally available resources towards construction of the CBC infrastructure. The Mathambo CBC successfully brought together all the players in the project and has set the tone for continued engagement as the project progresses.

Having the private sector partner on board and visible to the local community reinforces their integration into the area and enhances the value addition they bring to the local farmer as they transition into fully fledged beef producers. The Lupane Rural District Council (RDC) has pledged to offer tractors to facilitate collection of river sand and quarry stones to be used for construction, a sign of appreciation, commitment and relevance of the infrastructure to the local government.

Mathambo is bringing back the ethos of community participation. Their appreciation of the CBC model will increase their participation and hence benefits from the interventions under the project. The high level of participation by key stakeholders at all levels indicates ownership and relevance of the CBC by the local stakeholders.

The community is now looking forward to improved involvement in local economic development of their cattle businesses. They hope that this will translate to an improved wellbeing of their families, most of which depend on agriculture. It is impressive how women have taken up the task, as they have vowed to use cattle production to transform their lives and the lives of their families for the better.