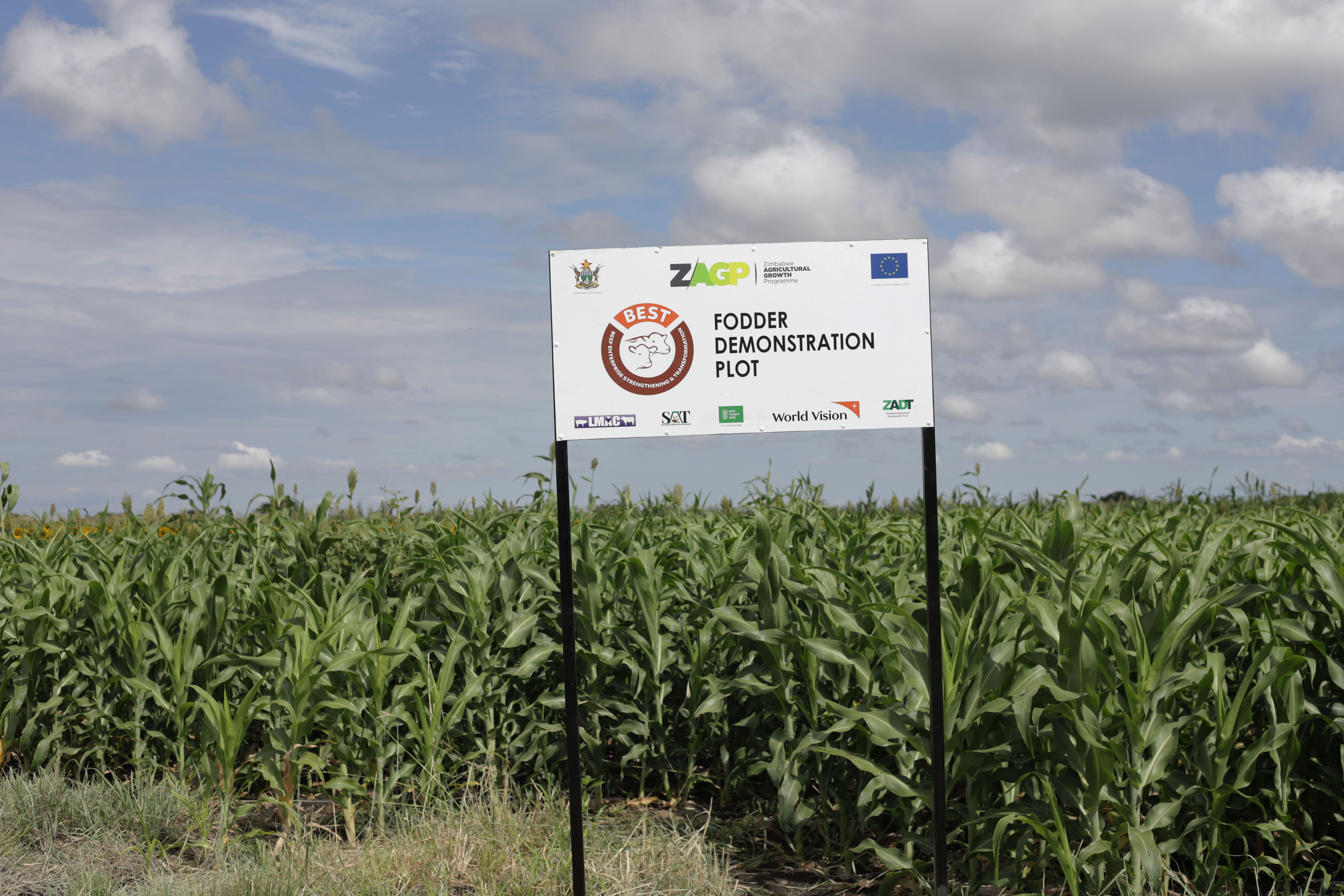 BEST is establishing fodder demonstration plots in the 10 target districts to serve as learning hubs to carry out fodder production.
The effects of climate change are beginning to play out and manifest themselves clearly for all to see. Two major climatic changes have been self-evident; rising global and local temperatures as well as a significant decrease in precipitation and its erratic geographical spread. These vagaries of weather have not spared farmers under the Beef Enterprise Strengthening and Transformation (BEST) project target areas as shown by the poor performance of their crop fields including the fodder demonstration plots. However, the unintended consequence of this harsh climatic condition has been the clear demonstration that some fodder crops actually perform better under poor rainfall circumstances than the cereals traditionally grown by farmers.
One such drought tolerant crop is the velvet bean (Mucuna Pruriens). It has been observed by the farmers and extension workers supervising the BEST demonstration plots, that the velvet bean crop seems to tolerate the drier conditions much better than the maize crop. The velvet bean crop has been observed to maintain good growth when the maize is exhibiting very clear signs of moisture stress. In some cases, the maize crop has reached permanent wilting point while velvet beans are still in a good state.
This provides an important lesson for livestock farmers especially in the drier parts of the country which receive very little rainfall. These farmers will be advised to increase the size of the fields for fodder crops such as velvet beans as these are likely to produce consistently better results than cereals. Also, it is good agronomic practice to intercrop velvet beans with cereals so that it provides live mulch especially under poor rainfall conditions, as well as contributing significantly to nitrogen levels for following crops.
Besides the mulching effect, velvet beans intercropped with other crops help to control weeds as the canopy helps to suffocate the weeds. In times of poor rainfall, the canopy from the velvet bean crop will ensure that the moisture is preserved for a longer time and the cereals will produce much better yields than when mono-cropped. With these positive characteristics, velvet beans are a suitable fodder crop for livestock farmers in marginal areas with harsh climatic conditions. The crop is a definite drought mitigation solution for livestock farmers as it provides enough herbage to supplement animals during the lean season and maintain a good body condition score.
The BEST project promotes fodder production as a good animal husbandry practice, which not only prevents livestock losses through poverty deaths, but ensures that animals maintain good body condition and are then able to produce calves every year. Fodder production, as one of the pillars of BEST project, will also enable farmers to condition their animals before they are inducted into a pen feeding programme. This means the cost of pen fattening will be significantly reduced making the economics of pen fattening worthwhile. Also herbage from leguminous fodder crops can be mixed with cereal stover to produce a low cost feed that is balanced for both protein and energy. Fodder production should therefore be the norm rather than exception for livestock farmers if they want to keep their animals alive and also to improve productivity of their herds.